It's been a minute, hasn't it? Seems like only a decade ago I was posting silly diet tips in an attempt to move the ol' blog in some direction that wasn't entirely book related. Wait, that was only a year ago?

2020 was one hell of a year, but I can't see any indication that 2021 is going to be anything less than a zillion times worse. That I didn't once drag out the computer and make any posts commenting on the state of the world since last February is telling in its own way. It isn't that I didn't have anything to say, but rather that I didn't have a drop of energy left to spend on anything long form. Truth be told, I still don't. But I think it's time to look back on the last year or so and talk a bit about where I was and what I was dealing with at what point in this unprecedented timeline from hell. I can't guarantee any of this will make sense and I sure as hell ain't going into it with any hopeful optimism about the future, so if you're looking for a positive spin on things, look away. I'm gonna get dark.

So let's begin a little while prior to my last post. At the end of 2019, I had a goal to improve my own quality of life. Originally, what that meant was I was going to upgrade my economical IKEA furniture to some mid-range IKEA furniture, buy a Dyson vacuum cleaner, and a Cuisinart food processor. By about the middle of January (with only the Cuisinart acquired), we realized that nicer furniture wasn't going to fix the fact that we'd been ignoring for a long time: that our house, which we'd spent more than a decade improving and whose kitchen we'd only just remodeled, was never going to be the fit we wanted it to be, and it was time to start looking for a new one.

Finding a new home became something of an obsession. I started joking around that if we expected to sell our house, we had to jam it full of ridiculous home decor items that needlessly pointed out what room we were in or gave very terrible advice about living, loving, and laughing. I took this picture in a Home Goods on February 27th because it cracked me up that we had seen the same silly sign explaining that the kitchen was where we "cook" in a DR Horton home we had toured a week before. 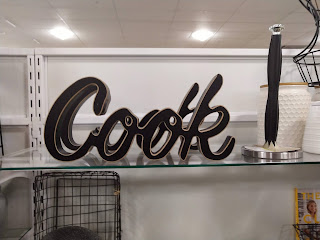 I had no idea this would be the last time I would casually snap a goofy picture while out browsing at a store with no purpose. Nor did I have any way of knowing that this list of things I needed to pick up while out, written on the fridge and snapped the day before, would prolonged the unfortunate inevitable. 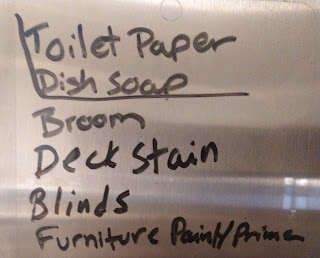 It wasn't until March that suddenly this vague notion of some new virus making its way through some vague place half a world away would suddenly become not only real, but real enough to shut down seemingly the entire world.  On March 17th, after work had announced that we'd be reducing our hours and I had started wearing gloves as a safety precaution (masks weren't allowed yet), I stopped at a grocery store. I'd heard from coworkers that toilet paper was scarce. I didn't really care since I'd just bought my normal 18 roll pack from Target not long before (and I usually consider us "running out" when we're down to about 6 rolls), but I was worried that we didn't have many pantry staples (due in part to my efforts to eat more whole and therefore more perishable foods). I wasn't prepared for what I saw. 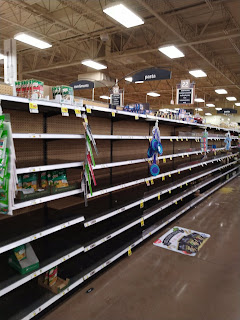 I can't remember if I was able to get pasta*, but I remember spending nearly $200 and coming to the realization that I was not immune to panic buying. This would be the second to last time I would step foot in a Kroger until November and the last time I did so without a mask. Not long after that, my employer closed the building to customers and went, like many other retailers, to a pick up only model. This lasted for a few days before we were mandated to shut down by the local government. I consider myself lucky that I work for a company that continued paying us for several weeks after the shut down, but we ended up closed for almost exactly 2 months.
Funny, the first thing people asked me when we returned to work was how many books I'd written in lockdown. I wish I could say I used that time productively, but well, this was when the reality of the situation really began to set in. To paraphrase a tweet I'd seen: It's a pandemic, not a productivity competition.
We put our house selling plans on hold, though I would continue to spend all of my mornings looking at realtor.com, only now I was trying to see if homes were selling and if so, how long they were on the market. In the afternoon, I would exercise. In the evening, I would do something I hadn't done in over a decade: I would watch TV. We watched The Twilight Zone and Star Trek, the Next Generation because we're nostalgic Gen Xers. I introduced my husband to Twin Peaks because I'm a nostalgic Gen Xer who doesn't get to share new things with others often. We discovered that Avatar, the Last Airbender and She-Ra and the Princesses of Power are the best shows ever made and ended up watching those (at least**) twice.
And then, one day in early April, a slight panic set in. We were critically low on toilet paper. Neither Target nor Kroger (the only two stores we were shopping at because they had their own, simple to use curbside options) had any available. A trip into a small organic grocer yielded me this: 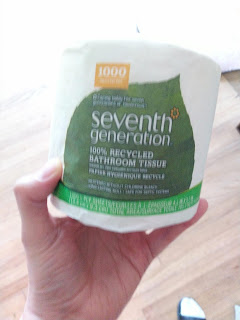 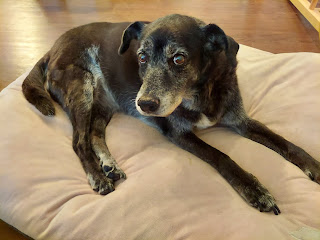 Sally was 14, lived a good, happy life, though she had to share our attention with her brother and sister for the first decade of life, a fact which she likely never forgave us for. I can only hope we fed her enough treats and allowed her to skip enough baths to make up for it.
As I write this, we are still, for the first time since becoming  household, pet free. It's quiet, cleanish, and I hate it. It's going to change just as soon as circumstances allow.
Despite all of the atrocities, I was beginning to finally have hope for things finally turning around. The vaccine rollout had started to ramp up and quite a few of my coworkers had begun getting their shots. We've just had another approved here in the states and there are apparently many millions of doses on the way.
And yet, despite this, people continue to do as they please, not staying home, not distancing,  and not masking. Predictions are now stating that wearing a mask indoors will be something we will be doing well into 2022. Personally, I'm not certain I'll ever feel safe without one again and I'm not alone.
I told you this was dark. It may be public, but for me, for now, this is more of a journal entry that I had to make. I had to purge my anger and frustration over the mismanagement of more than a year of our lives, over the senseless and needless  deaths of half a million people.
I didn't write this to prove a point or teach a lesson, but if you're reading, maybe take a moment to really think about things. Think about how many people have died. Think about the marginalized disabled people who have actually had it a hell of a lot worse because they are the ones at the highest risk, but least accommodated, any time you want to go back to your "normal" life or worse, want to claim you have a "medical exception" to wearing a mask. I have worn three masks and a face shield while running up and down stairs in the height of the Texas summer last year and I can assure you, I am not even close to physically fit. I survived. A little sweatier than usual, but I survived.
And I haven't, knock on all the wood, contracted covid yet, despite working closely with several folks who have. What this tells me is the measures I'm taking work. And that in itself is enough to keep the FOMO**** at bay.
*Thanks to the magic of the Kroger app, no, we did not get any pasta.
**Season 3 Avatar episode The Beach gets watched quite often because it is a masterpiece.
***Due to widely known problems that Amazon employees have faced during the pandemic, I had really tried to stick to my no Amazon until things change policy. I am fortunate that I only had to get the one order.
****Fear Of Missing Out, for those of you less in the loop than myself.