Showing posts from July, 2013
Show all

Anyone Could Have Been A Vampire

29 July
I bet you thought I was never going to stop talking about robots. Yes, I am aware that the name of this blog is Vampires and Robots, not OMG I HEART ROBOTZ OMG!!! Though I might have considered that. See, the thing is, I write about vampires in my books, so I spend a lot of time thinking about them and forget that I barely mention them here. So now I will remedy that with a post dedicated entirely to vampires. One of the more enjoyable aspects of writing a 'plausible' vampire series is that I get to dig through history, find famous folks of dubious character, and shoehorn them into the vampire profile that I've created. It's also the most time consuming, which says more about my obsessive behavior, considering that I take 90% of what I research and throw it out the window before writing my own version of history. Given this method, it seems as though my search for interesting characters in history is a bit unnecessary. Anyone, at any point in history could have been
Post a Comment
Read more

The Feels: Tears In The Rain 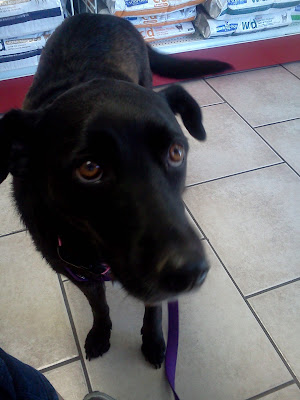 Ever since the dawn of the internet there have been screen names and sign off signatures. My screen names have ranged from silly, to self-importantly silly, to straight up pompous, and there have been many. But my sign off was always the same:  All those moments will be lost in time, like tears in the rain.  If you don't immediately recognize the quote, it's from the movie Blade Runner. Specifically, Rutger Hauer's character, Roy Batty. If you've never seen Blade Runner, remedy that. Just remember to watch the director's cut because it's easily a zillion times better than the original. Blade Runner is a cult classic, future noir film that defines everything I love about science fiction; flying cars, androids, gritty distopian landscapes, and dramatic fashion. By no means is it a tear jerker. In fact, the 'love scene',  between the two main characters (played by post-Star Wars Harrison Ford and pre-Cat Woman crazy Sean Young) has been widely critic
6 comments
Read more

It's Only Paranoia If You Want It To Be

We are being watched. It's been all over the news recently, but it's nothing new. Today the NSA is monitoring our phone calls, a few years ago it was wiretapping, and before all that came to light it was Ad Sense trying desperately to sell us banana protectors based on our emails. Let's face it, twenty first century privacy concerns read like a fanfiction crossover between 1984 and Idiocracy. (A quick Google search surprisingly says that NO ONE has written this yet! Go us?) I understand privacy issues. I'm a pretty private person despite my forays into publishing and social media. But I'm also a warped individual. I'm okay with a nameless government program logging my calls because, who uses the phone these days? Heck, since I've succumbed to Facebook no one even texts me anymore, let alone emails or calls. I'm okay with the government using the front facing camera on my phone to watch my reactions to cat videos on Buzzfeed. I'm even okay with them
Post a Comment
Read more

09 July
Yes, it has been a while since I posted. That's partly due to the fact that I haven't had much to say and a whole lot due to my inability to manage time. Between working full time, writing when I can, spamming social media with advertising for my books, and working out because I have to and not because I like to, I don't get a lot of free time. This weekend I was able to get the cover for my next book done pretty quickly, so I decided that Sunday would be free time. Instead of catching up on everything else I've neglected, I sat around and blazed through three books. I have no regrets. Two of the books weren't very good, but the third more than made up for it. I've come to terms with the fact that I'm addicted to reading. As far as addiction goes, I'm pretty okay with this one. This week I'm back to editing the prequel, but I promise to set aside time to blog. Until then, go read something, it's fun.
Post a Comment
Read more
More posts