Showing posts from August, 2018
Show all

What I Did On My Summer Vacation 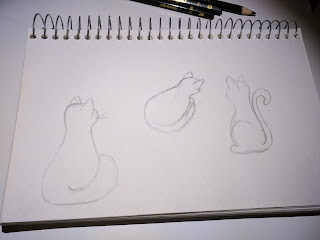 Well first of all, I didn't take a vacation. Turns out summer is the busiest season at my super secret real world job and my little part time gig became nearly full time for the last couple of months and isn't looking to slow down anytime soon.  But that's not what this is all about! Well, tangentially it is, but more on that later. As I mentioned some time ago, I decided to take the summer off from writing and instead planned to mess around in the art world for a while. Aside from the occasional painting class with my husband, book cover silliness, or artsy gift, I haven't actually done any "art" in a good long time. There were a lot of reasons for that, including the obvious, that I decided to finally finish writing a book, which turned into 6+ years of book writing. But there were other, less productive reasons as well. A real big one happened years ago when I managed to smack my wrist in a ceiling fan, which had the unfortunate side effect of maki
2 comments
Read more
More posts