Showing posts from July, 2014
Show all

29 July
I mean, there's the usual way for a blog to become a book: Write a wildly popular and entertaining blog, get a book deal. Sure, it's lucrative, but a bit boring, don't you think? Usually this is just content from said blog in book format. Don't get me wrong, I'm not knocking the Oatmeal or Hyperbole and a Half for getting ALL THE MONEYS . I'm just saying this isn't how I roll. My blog actually inspired me to write fiction.    No, my blog to book experience has been an interesting adventure. As you may be aware, I just published a satirical zombie apocalypse novella called Going Green . You might also remember that back in October, I published a couple of zombie stories right here on this blog as part of a writing exercise. Yes, that exercise spun off and became 85 pages of zombie silliness and I can't say that I'm unhappy with the results.    But now, it's happened again and this time, the path from blog to book has been an even odder one. W
Post a Comment
Read more

18 July
I am a writer. As posh as that sounds, let me be the first to say that I am not a literary genius. Yes, I have a basic grasp of vocabulary and grammar, but I don't go out of my way to pepper my everyday conversations with five dollar words. I can't afford them.    Every so often, I come across a concept that I can't articulate to save my life. Five dollar word users would say I suffer from a mild form of anomic aphasia. I say I suffer a lack of language data in my Jeopardy ! cortex: the part of the brain that houses random and seemingly usless trivia. This happened to me today.    I needed a descriptive for a person who goes by a single name, for example: Madonna, Prince, Cher, etc. I was about to Google it, when all of the Latin that I never took suddenly came back to me and my brain said, "Hey, how about mononym?" It sounded good, so I typed it into Word and immediately, a little red squiggle appeared. So I went back to plan A and Googled, "what is th
1 comment
Read more

Jane, Get Me Off This Crazy Thing 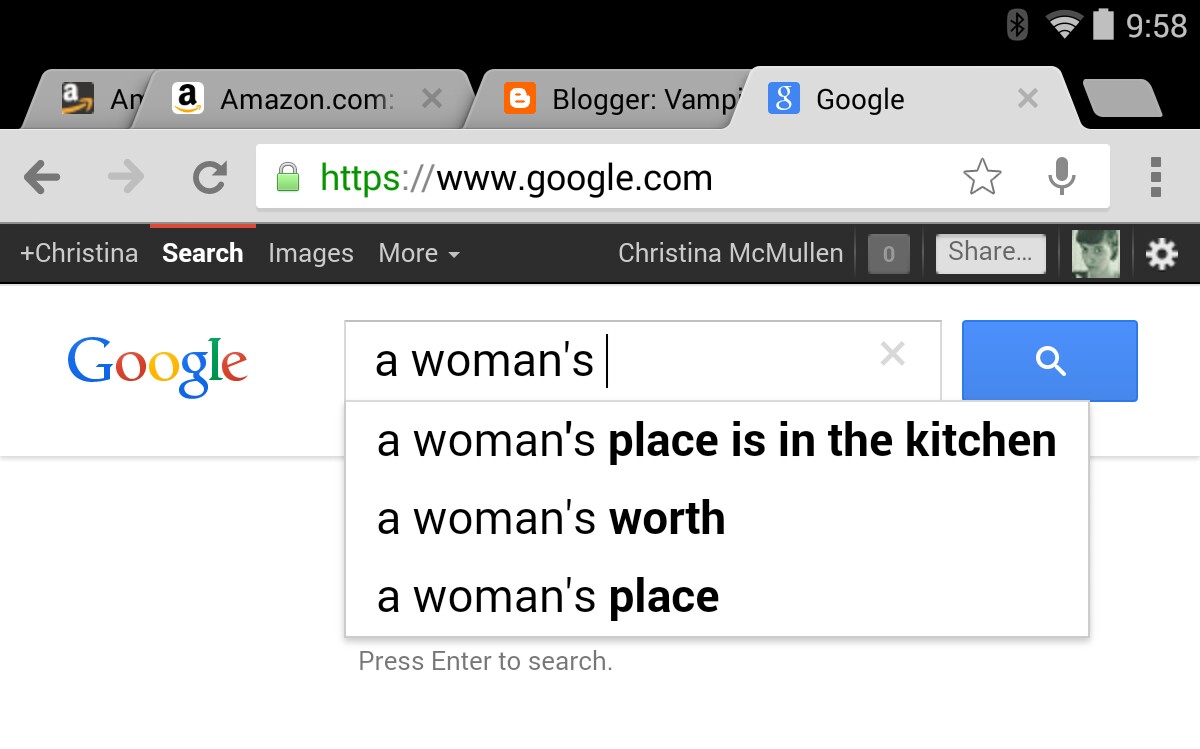 You already know that I love looking back at what people in the past thought the future would look like. Of course. It's fun to see the mylar space suits we are supposed to be wearing while we fly our cars and talk to our televisions. But inevitably, there are some 1950s sensibilities that rather jarringly remind me that progress wasn't exactly progressive. The family of the future was always, without fail, portrayed as white and middle class. Women of the future are always featured using the latest in high tech gadgetry. Well... Kitchen gadgetry. Silly women didn't care about computers. Heck, Jane Jetson was a homemaker with a robot housekeeper, yet what was her role? Oh, that's right, homemaker and paycheck spender.    As much as I talk about my love for the golden age sci-fi novels, it's tough to look past the blatant sexism that persisted throughout the era. Even my beloved Martian Chronicles has a "funny" story about a lonely man who finally h
1 comment
Read more
More posts