Showing posts from April, 2022
Show all

Oops I Did it Again 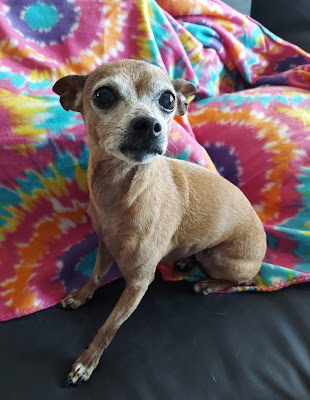 Internet, meet Adele: Yes, I realize I used a Brittney Spears song to announce a dog named Adele and yes, I'm pretty sure I used the same song for a previous blog title. Deal with it. Last week, I took a little time off to revel in the launching of my first book in many years ( more about that here ), so of course instead of doing a whole bunch of book promotion stuff, I went out and got a dog. Who wouldn't? Nick! wouldn't. In all seriousness, we never intended to have just one dog, so I've been on the hunt for the perfect shelter baby to bring home. And while there are literally hundreds that I would love to rescue, Nick! had a few things to say about that. First of all, he is not the smallest dog, but at somewhere between 12 and 14 lbs (we've been feeding him well), and mostly chihuahua, he sees larger dogs as a threat. Or at least, that's the impression we get from all the barking and turf kicking he does when we encounter the big guys on our walks. But we n
Post a Comment
Read more
More posts