Showing posts from January, 2016
Show all

Go Bananas for the Year of the Monkey Contest #2! 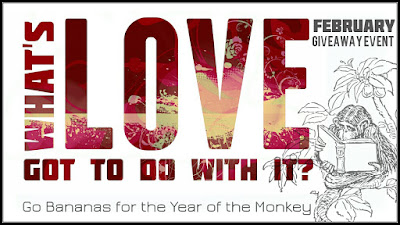 Hi everyone! January is over and I'm happy to announce that the first month of the Go Bananas for the Year of the Monkey Contest was a fantastic success. Congratulations to all of the winners! Now, let's get on to February's fantastic giveaway! Presenting:

This time around, I've got three Kindle edition ebooks of The Eyes of The Sun, the Complete Trilogy up for grabs and four opportunities to enter the Rafflecopter giveaway below:

Once again, I'll be offering a free Kindle ebooks every week. Check my author page every Wednesday to see what I'll be giving away. But that's not all! For those who don't want to wait until the end of the month (or those who want their trilogy in three separate books), I'm offering discounts on the original series books throughout the first two weeks of the month.
Best of luck to everyone who enters!
Post a Comment
Read more

13 January
Okay, not really. Vampires are on the outs again right? I can't keep up with popular culture and what 'the hep kids' are into these days. Heck, I can barely keep up with this blog!

But I got to thinking about vampires again recently. I would say that is partially due to the fact that I am coming to the end of my second supernatural fantasy series (that is, if I haven't fried my computer, but that's another story for another time) and more than a lot to do with my own ways of dealing with aging.

Not that I'm terribly old, but let's face it, whenever the badass female vampire is described, whether she's just turned or thousands of years old, she has the face and body of a fitness obsessed co-ed. Ageist and sexist! I'm only half joking and I'm well aware that my own beloved Lucy was a healthy and attractive twenty-something.  But Lucy wasn't the only badass female vamp from my debut vampire series. There was also Dara. 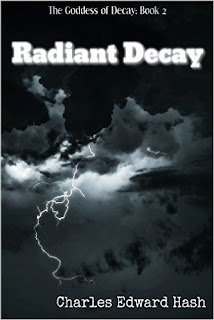 Today is the release day for Radiant Decay, the second book in indie author Charles Hash's The Goddess of Decay series.


Q: Nascent Decay introduces us to Rhylie, who seems to be the protagonist, but you also get into the heads of several characters. Radiant Decay seems to take the head hopping to the next level. Was it always your intention to have an ensemble cast and how d…
Post a Comment
Read more
More posts