09 April
Friday the 13th is one of my favorite quasi-holidays, especially since we get to focus on weird and spooky things. This Friday is not exception! I'm spreading the word about a fun new middle grade book that launches on Friday the 13th and promises to be a great start to a series: 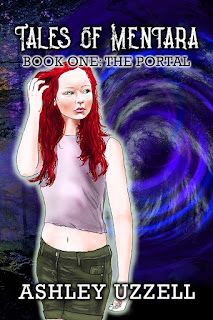 Five children find themselves stuck in a beautiful jungle on a strange planet. But all is not as peaceful as it first appears…
Twelve-year-old Charlotte has been different all her life. It isn’t just that her father left when she was a child, or her mother ignores her. What really makes her an outsider is the fact that she has strange abilities that she can’t explain and struggles to control. Everything changes in the summer of 1993 when she feels drawn to a certain spot outside of town. Unfortunately, she isn’t alone when things go sideways.
When the children realize they are definitely not on Earth anymore, they have to learn not only how to fend for themselves, but how to get along. The problem is, even Charlotte has no idea how to get off the alien planet. And, perhaps, she doesn’t want to.
It doesn’t take long for the five to realize they aren’t alone in this strange land and that life here is more dangerous than they could have imagined. 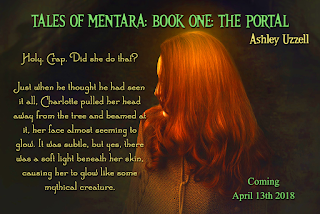 The Portal, Book One in the Tales of Mentara series, is a fantasy adventure story aimed at middle-schoolers (11 to 13 year olds). The book releases April 13th, 2018 and is available for pre-order on Amazon, Barnes & Noble, iBooks, Kobo, and other online retailers. 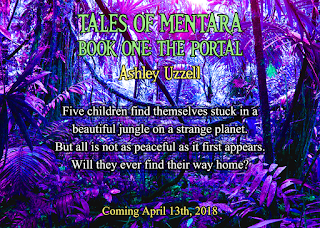 Feel free to connect with Ashley on social media:

As mentioned, the book is available at a wide variety of retailers. For more information, visit  http://authl.it/9sw?d or https://www.books2read.com/u/4jw6BX 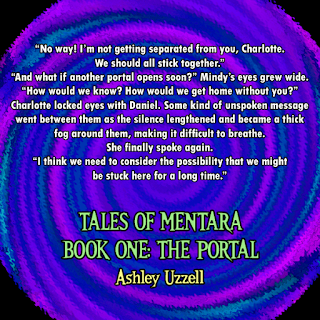