When The Muse Gets Drunk

31 March
I know I've mentioned it a few times before, mostly on social media, but when the temperatures start creeping into the intolerable range, my brain turns into pudding and not the good kind. You want delicious double chocolate pudding flavored brains, look elsewhere. I get room temperature snak-pak tapioca pudding brain.
This is why my summer projects are typically something simple that doesn't require a whole lot of creative thinking. In 2013 I polished and published Dissonant, which I'd actually written years earlier. Last year I published Going Green, which was already half written as a blog challenge the previous fall. This year, I might be jumping the brain pudding shark. Introducing... 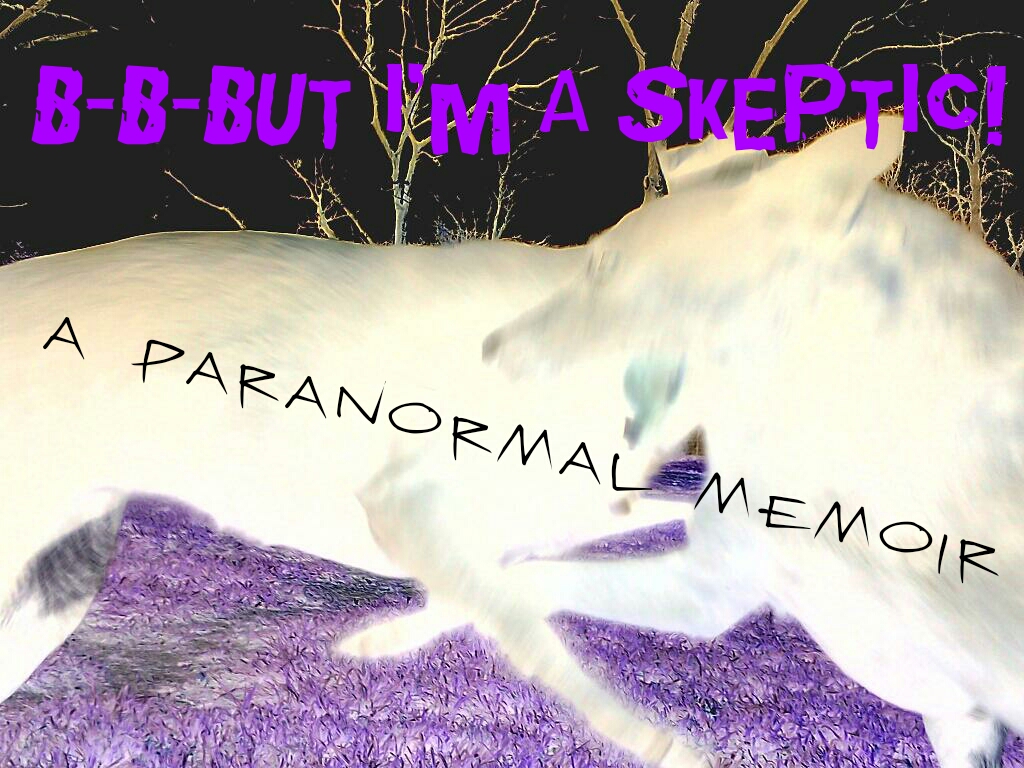 I know what you are thinking. You're looking at the image above and sliding your eyes over to the calendar to note the date. I might have deliberately chosen to make my announcement today. Okay, I did deliberately choose today because April Fool's is my favorite holiday and I want you to wonder if this project is real or not.
Well, the title is real, but no, that is not going to be the book cover. I just happened to have a photo negative picture of my dogs playing that looked sinister and I've always wanted to use it for something.
The idea here is simple. I'm not one to put a whole lot of stock in ghost stories, but I am fascinated with the unexplained. I also can't deny that I have had more than my fair share of unexplainable experiences. As such, I thought I would try my hand at telling ghost stories. In no way will the events be exaggerated. Embellished, yes, because after all, I'm trying to write an entertaining story, but no, I will not gratuitously make stuff up. Names and genders will be changed to protect the guilty. Rest assured though, despite this being my first attempt at nonfiction, it will still, hopefully, retain the same sense of humor I've tried to inject into all of my stories.
For better or worse, this will be the book that occupies my heat-addled tapioca pudding brain in the hell months of July and August. If all goes well, I'm hoping to release in time for Halloween, when everyone else is realizing that they might be able to make some couch change from that creepy pasta they wrote back in 2006.
Awkward Me Book News Paranoid Android Questionable Advice from Christina Writers